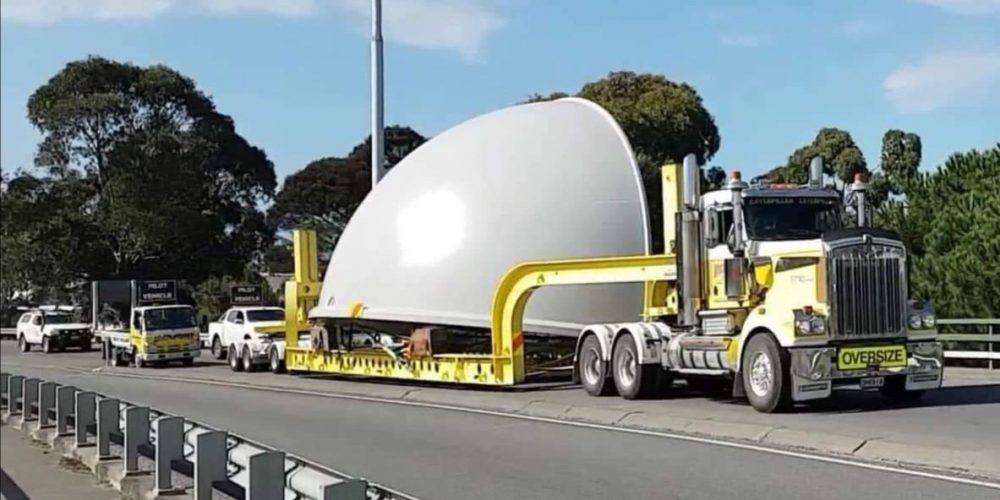 Earth & Sky are nearing the completion of their new headquarters in Tekapo New Zealand, which has been designed to house one of the world’s most famous Victorian-era telescopes inside a custom observatory dome. IFS was honoured to be awarded the contract to design, build and install the very large observatory dome to house the historic Brasher telescope on the new building.

The world-class astronomy centre is being built by the Earth & Sky Limited Partnership, with the observatory dome housing the 125-year-old Brashear Telescope which stands up to a maximum of ten metres tall. IFS Managing Director Simon Robb says his team started working on the project in 2017 when design work started. Manufacture then began in mid-2018 and the installation was completed in April 2019. “It has been a very exciting and challenging project to be involved in. It’s certainly unique. This dome is 10.9m in diameter, weighs about 5.5 tonnes and rotates 360 degrees with a large self opening and closing window.”

“The construction process used for this dome is similar to how you’d make a large high-performance boat.” Once the design was completed a CNC router was used to cut sections to form plugs which moulds where then taken from. The parts where then manufactured from the molds using epoxy resin with the vacuum bagging process and the dome was then assembled at IFS’ Redruth site. It was then split into two for transportation to Tekapo where it was reassembled on the ground before being craned onto the building. “This project really demonstrates our ability to take a very technical project from a concept and progress it through detailed design, manufacture and onto final installation at site.”

If you would like to know more about this project or have a project you want to discuss with the IFS team get in touch with us at sales@ifsl.co.nz

View all posts by Caroline →